Top
Home  >  Travel   >  Get to Know Netherlands – Seize The Moment 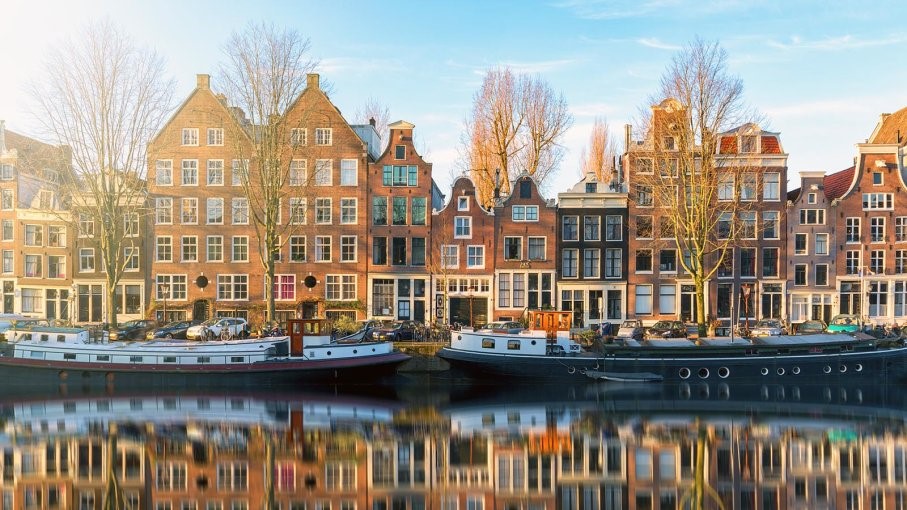 Get to Know Netherlands – Seize The Moment

Of all the cities in Europe that I’ve been fortunate enough to have traversed, Amsterdam is one of the most memorable. The city is a kaleidoscope of colour with history gently intermingling with subtle modernity, the interesting markets, magnificent art galleries and of course, the pièce de résistance, its olive-green canals and gabled houses famous throughout the world.  Amsterdam is unique in that it has this small-city feel to it. All of the city’s main attractions are within walking distance, and the Dutch converse very well in English, so getting lost isn’t something that you need to worry about. People have called Amsterdam, the Venice of the North, and it is absolutely true, although I would say I prefer Amsterdam to Venice any day.

Just like any other big city in Europe, Amsterdam is very well connected by its public transport, so even if your hotel or accommodation is outside of city limits, it’s fairly simple to find your way to the centre. The hub of the city, of course is the Central Station, from there it’s a hop and a jump to both Dam Square and the notorious Red Light District. I’d suggest starting your tryst with Amsterdam first by cruising the canals, it helps orient you to the city faster than you would walking through it. The tour director cum skipper was hilarious, he kept the crowd in stitches as he weaved through the narrow water ways of the city lasting an hour 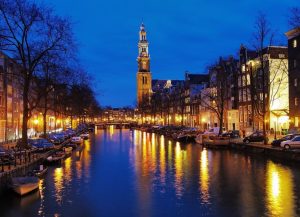 Despite the Netherlands choosing to be neutral during both World Wars, Nazi Germany invaded the country during WWII and the horrors and sadness of the war was diarised by teenager named Anne Frank in her diary which she named Kitty. This is the one place I had on my list eyes closed, I am a history and literature buff, so for

me, this was non-negotiable. We tend to forget or colour the past sometimes and the secret annex reminds us that it did happen, the tickets for the museum needs to be purchased online, and I’d recommend going either early morning or towards the end of the day (after 1500hrs), only because it’s best to have some time to yourself and to really take in Anne Frank. Groups tend to visit during mid-morning and early afternoon, when the house is crowded, it takes away allot.

Keukenhof – The Garden of Europe

The one thing unexpected lesson travelling across Europe taught me was, gardens are so much fun, and Keukenhof is no small feat. Getting to the gardens from Amsterdam would mean you’d have to go Schiphol Airport station or Haarlem Station and then take the bus to Lisse, which is the town that hosts Keukenhof. Taxi fares tend to be very expensive but if you’d rather avoid public transport and save on time that would take approximately 20 minutes. The tulips bloom only during 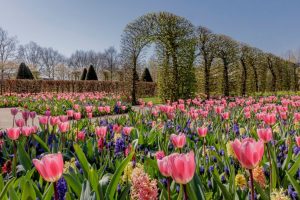 spring so the time to visit would be between March and May. Buying tickets online saves allot of time that you’d otherwise waste queuing up and this once again I’d suggest seeing in the morning. And what a sight it is, approximately seven million flower buds bloom though an area of about 32 hectors, and I honestly felt like I Alice and this was my wonderland. The variety and colour of the tulips abloom take your breath away, even though you are acutely aware that there are thousands of tourist milling about, it doesn’t feel that way, the deeper you go into the garden the more alone you are with these amazing flowers. The entire garden path has signs everywhere, so don’t worry about getting lost, explore away J. I was in this perfectly manicured garden for nearly three hours without realising it, there was pipe music playing and the heady vision of green swept with all colours of the rainbow in front of you. The garden is only open for eight weeks of the year, when the tulips are in bloom, and that really is something worth waiting for!

I did Keukenhof and Zaanse Schans together since both required travel out of the city, I did it on my own as I am not a big fan of guided tours and busses. If you do feel that that is not something you’d like and would prefer a more structured approach, there are plenty of tours we can organise for you that are guided and these tours generally do both these towns together. Zaanse Schans is an interesting and quaint little village that is essentially from the 18th and early 19th century. The mid-19th century saw the start of the industrial revolution in the Zaan district. What you see today on the Zaanse Schans is how a living and working community in the Zaan district looked back then: farmsteads, paths, wooden houses, warehouses and windmills, ditches and fields. I loved every minute of this little village, the little wooden houses to the cheese to the clogs to the windmills. Entering the village there’s a photographer there, I’m not one for photos, and it seems the sentiment is 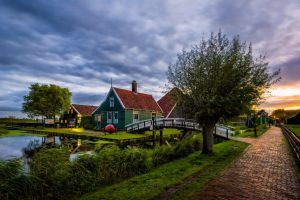 shared by many of the tourists that visit. I saw more people dodging the photographer than actually pose, but he’s resilient and he somehow manages a capture of you walking into the village, the photo will later be displayed as you walk out, if you’d like it can be purchased along with a calendar foe EUR 5 if I remember correctly. Onwards to the village, this is a living breathing Dutch village and it has everything you’d want to experience, there’s a clog workshop where you will be taken through the making of the famous Dutch wooden clogs a Weaver’s house where you’ll be shown the traditional Dutch craft of sail making, a Tiemstra Coopery, which is essentially wooden barrel making and so much more. My favourite things to do though were food related, there’s a cheese farm, where after a short demonstration you’ll be guided to the shop floor where you can sample more Dutch cheese than you’d ever thought possible and it comes with a whole variety of condiments to choose from! And there’s also a chocolate lab and a liqueur distillery, both things I would truly recommend. The very unique feature about this village though are the windmills, contrary to popular opinion, the Netherlands don’t really have that many windmills in plain sight anymore, this village has three, and you are allowed to wander in and see how it works and if you like me admire sceneries from heights, you’re also allowed to climb to the top and take in the view.

The Dutch have given the world many things, from eye tests to the microscope to orange carrots (I foolishly once believed 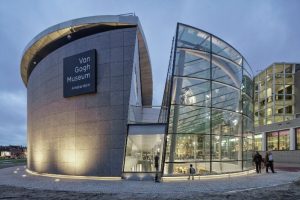 that carrots were always orange, turns out that’s not true…apparently before the 17th century carrots could have been purple, white or even yellow), but the one thing that I am truly appreciative of would be their masters of the arts. You honestly cannot walk a kilometre without bumping into a masterpiece in the city. The Van Gogh Museum hangs the world’s largest collection by tortured native son Vincent. A few blocks away, Vermeers, Rembrandts and other Golden Age treasures fill the glorious Rijksmuseum. Take your time, pick your museum and prepare yourself to be blown away.

The Netherlands as a whole offers so much in terms of experiences, culture and food. From beer to cheese to diamonds and art, you really are given a smorgasbord of different experiences and it doesn’t matter if you are young or old. I loved the country, not only because there was a linkage to my own home and country, but also so much more because of the people I met. The Dutch are warm and friendly and they’re eager to share their history. Amsterdam is easily reached by train from other European cities as well, indeed, I came in from Brussels and then went onwards on my journey through Europe. Like most European cities, I would highly recommend walking through it, not just because exploring by foot beats any other mode of transport, but also because just like every other European big city, they are cutting down on traffic hence, more streets are now off limits to buses and cars. And as the saying goes, when in Rome, do as the Romans. When the Netherlands, do as the Dutch, try their foods and their drinks, it’s a pathway to understanding the world we share

Fascinating Facts about the Netherlands

1
0
By Chanika from Vacations Team 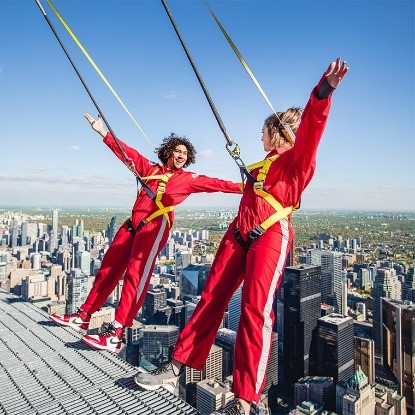 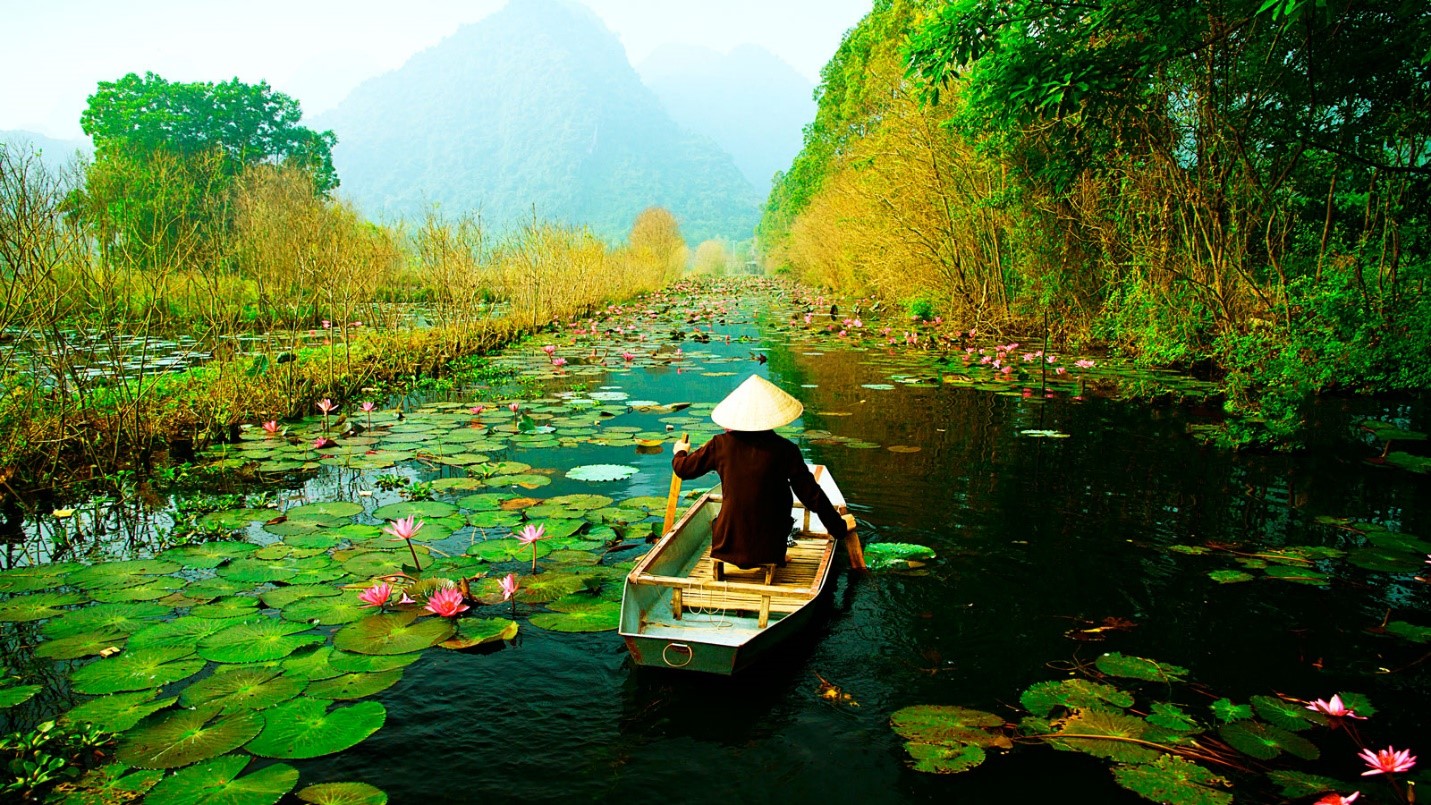